People instinctively love woodland. We admire the magnificence of the trees, delight in the flowers and ferns of the woodland floor, savour the perfumed air. We can find serenity in the dappled, green-filtered light and sense the multiplicity of invisible connections between ourselves and the life of the forest.

We can benefit simply by being amongst trees, breathing the woodland air. The Japanese have a word for this: shinrin-yoku – wood-air bathing. There is scientific evidence that it can improve mood and produce beneficial physiological changes. Just looking at trees can help people recover from illness. We want to encourage people to spend more time enjoying this type of life-enhancing activity.

Trees have contributed to human well-being, have fed and sheltered us alongside a great variety of other life-forms, for as long as we and they have lived on this planet.

Each part of Boduan Sanctuary Wood has its own unique character. 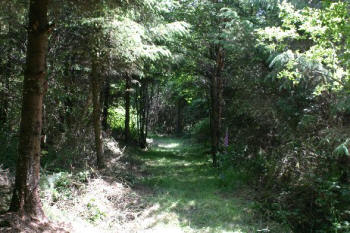 As you follow the paths from the car park, you move from light into shade, from young silver birch, rowan, alder and hazel into areas dominated by conifers. Here, the dominant species is spruce, but you can see oak in the foreground. 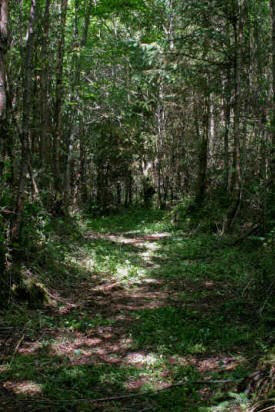 In summer, the canopy closes overhead, letting soft dappled light through to the path.

This part of the wood is mainly young silver birch – pioneers which take over land laid bare when the established trees have been felled.

On the woodland floor, the debris of fallen branches and previous summers’ leaves is home to many different life-forms. 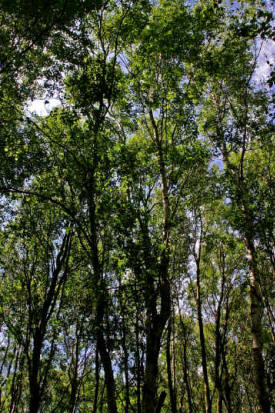 Look up: and feel your spirits soar.
Slender silver birches, each tree striving to grow taller than its neighbour, competing for the light.

Listen: small birds are busy in the tree-tops. You may not see them as you walk through the wood, but you will be able to hear them calling to each other. 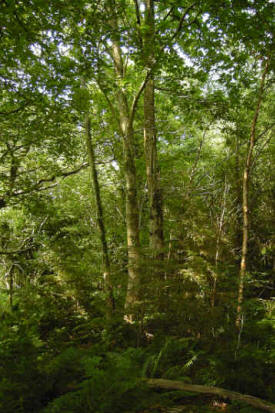 On its western border, the wood slopes down to a stream which rises from the base of a long-extinct volcano on the north coast of the Lleyn Peninsula.

Pause here, let your spirit be soothed by the gentle gurgle of water and the voices of ewes calling their lambs in the fields across the stream.

This is the oldest part of the wood, where we find the greatest diversity of trees and flowers. 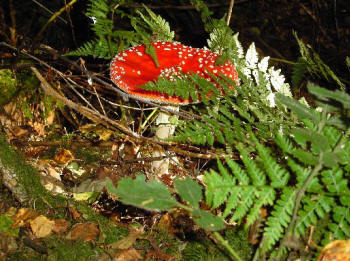 This is Amanita Muscaria, commonly known as fly agaric, one of the glories of autumn in the wood.  Fly agaric grows in profusion under silver birch. We have many different varieties of Amanita in the wood, all of them beautiful. But they are also poisonous. This one used to be used to kill flies, hence its common name.

We have found few edible fungi – apart from the small puffballs that appear on the paths around midsummer – but we’re still looking! 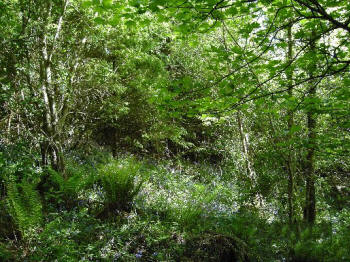 Boduan Sanctuary is an ancient wood, lovely despite repeated felling by previous custodians; one of the signs that it has been woodland for centuries is the profusion of bluebells where the soil has not been too deeply disturbed..

This photograph was taken near the stream, where the land slopes steeply and is unsuitable for cultivation by machinery..

Higher up, in the main body of the wood, the bluebells are starting to return where the spruces have been felled and light gets through the canopy in early spring. 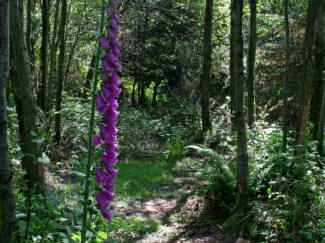 When “Landlords” turn the drunken Bee
Out of the Foxglove’s door –
When butterflies – renounce their “drams” –
I shall but drink the more!

Till Seraphs swing their snowy Hats –
And Saints – to windows run –
To see the little Tippler
Leaning against the – Sun! 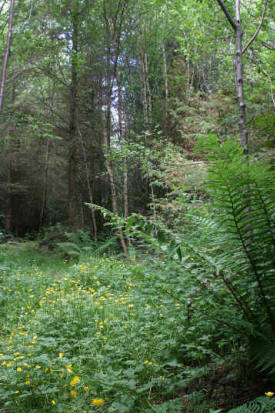 With light comes life where paths cut through the darkened wood. 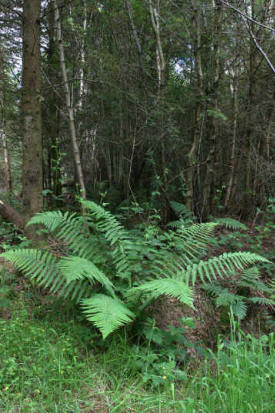 Magnificent ferns grow five feet tall in the depth of the wood, for they need little light.

There are many different types of fern in Boduan Sanctuary Wood; this one is the Male Fern, once valued by farmers for killing parasitic worms in their stock. 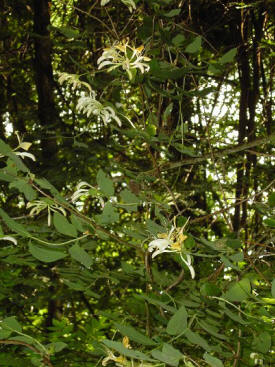 Buttercups, brambles, cranesbill… wildflowers grow in profusion near the entrance to the wood. The sweet perfume of honeysuckle suffuses the air on warm summer evenings.

Honeysuckle grows throughout the wood, except where thickly-planted spruce blocks out the light. Over the next few years, we plan to remove much of the spruce, so more flowers will bloom where butterflies flutter between scented trees. 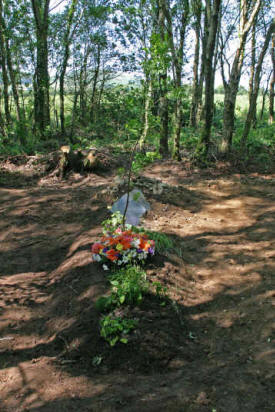 This is the grave of William Melville, buried in June 2005. It was a very special day; sad, but also joyful.

See a gallery of photographs of this, the first funeral in Boduan Sanctuary Wood. 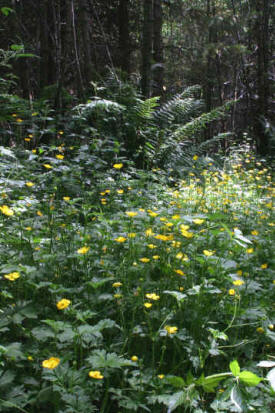 When we first walked round the wood, it was winter and this was an open clearing.

How diverse and vigorous it has become! 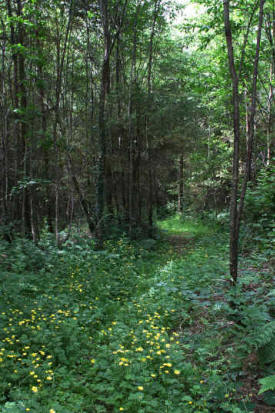 Almost back in the car park.

It can be hard to leave this lovely place.

This website uses cookies to improve your experience while you navigate through the website. Out of these cookies, the cookies that are categorized as necessary are stored on your browser as they are essential for the working of basic functionalities of the website. We also use third-party cookies that help us analyze and understand how you use this website. These cookies will be stored in your browser only with your consent. You also have the option to opt-out of these cookies. But opting out of some of these cookies may have an effect on your browsing experience.
Necessary Always Enabled
Necessary cookies are absolutely essential for the website to function properly. This category only includes cookies that ensures basic functionalities and security features of the website. These cookies do not store any personal information.
Non-necessary
Any cookies that may not be particularly necessary for the website to function and is used specifically to collect user personal data via analytics, ads, other embedded contents are termed as non-necessary cookies. It is mandatory to procure user consent prior to running these cookies on your website.
SAVE & ACCEPT